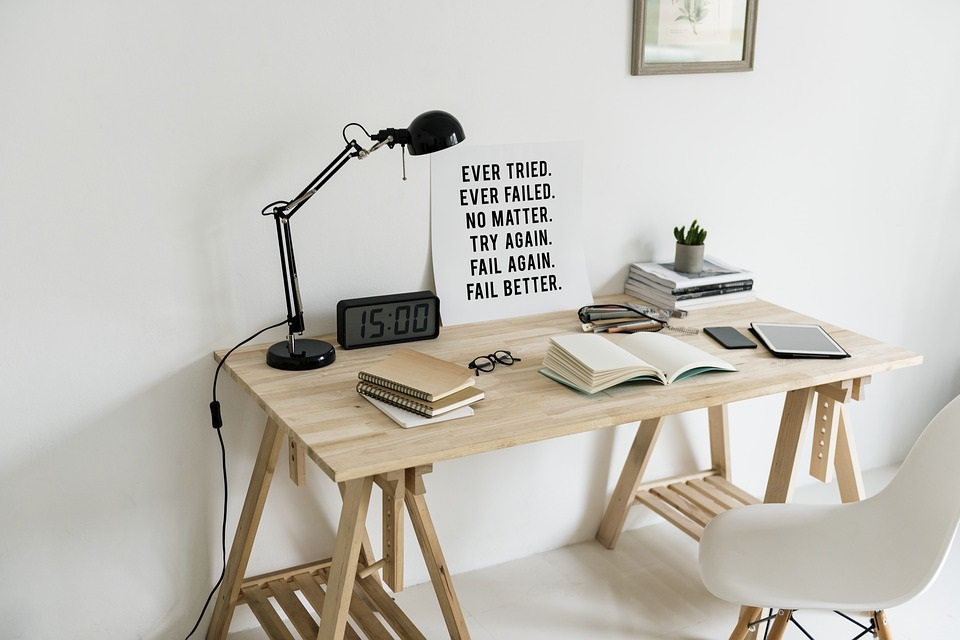 
“Failure” is a word and concept eliciting a strongly negative connotation. However, in seeking to avoid the overwhelming emotions often associated with the label “failed”, a person might miss crucial development opportunities. For instance, the RESPITE project itself started after a perceived “failure” to prove a point to academic colleagues that burnout in women working in academia was underestimated. Since the topic was dear to a couple of the editors of the RESPITE project, they spearheaded and latched onto the opportunity to maintain the conversation and brainstorm, which led to merging various ideas, enlargement of the pool of collaborators (international, four-site endeavour) and within a few months, to this prolific e-tool that brought many resident collaborators and faculty members together. In sum, the impact of a different, more positive permutation of the initially unsuccessful undertaking has been more significant and will provide a potentially solid scaffolding to similar initiatives, as opposed to the faint memory of the initial “failure”. Having hidden from feelings of disappointment, for instance, by trying to forget about such an important topic would have prevented the creation of this project.

The experience of failure during the medical training years

There are multiple ways that one might encounter feelings of failure in residency. Some more serious instances could cost one’s license; in such cases, one must realistically deal with the rules of engagement while working within that system, and one’s fate is left up to the medical board.

However, short of such serious cases, there are innumerable situations where a resident can perceive failure. This can include making an error in clinical judgment, forgetting a piece of information while presenting in rounds or writing notes, and even failure of rotations or exams. In these cases, it is important to reflect on the circumstances and feelings surrounding the perceived failure so that they do not progress to burnout. Kumar et al (2006) found that New Zealand psychiatrists may be predisposed to burnout due to personality traits, which make them more prone to internalize their stressful experiences, and suggests that psychiatrists as a group are vulnerable to experiencing burnout. Indeed, medical schools seem to select for those who have developed an overly harsh superego, driving them toward an unattainable standard of perfection and punishing them when they inevitably fall short. (See section Know Yourself, topic Personal Coping Styles and Resilience.)

For example, in her informal, yet astute, observations of those who tend to go into the mental health field, McWilliams (2004) notes that they tend to:

“... suffer guilt readily. They tend to be self-critical, to be overly responsible, and to put other people’s needs before their own. They feel more unentitled than deserving. They try to avoid feeling greed, anger, and other ‘selfish’ states of mind and become disturbed when they notice evidence of their own competitiveness or hostility. They favor the defense of reversal, attempting to nourish the child in themselves vicariously by taking care of the child in their client. They identify with victims rather than wish oppressors, with children more than with parents.”

To explore such personality factors, McCranie and Brandsma (1988) performed a study where 440 practicing physicians were assessed with the Minnesota Multiphasic Personality Inventory (MMPI) shortly before entering medical school and were followed up by mail questionnaire an average of 25 years later. Their findings suggest that certain predisposing personality characteristics predict burnout, including low self-esteem, feelings of inadequacy, dysphoria and obsessive worry, passivity, social anxiety, and withdrawal from others. They concluded that, at least for middle-aged physicians, the “subjective perceptions of work are more important than objective work conditions in influencing burnout.” This suggests that how we perceive ourselves plays a large role in our experience of burnout, and highlights the usefulness of taking an inventory of ourselves to see whether we are unnecessarily punishing ourselves in our thought patterns. 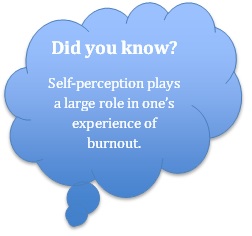 However, there are problems in locating the conditions for burnout solely in the individual, especially during the formative years of residency training. Often, there is an insufficient environmental container for processing perceived shortcomings. Kohut’s dimension of building a strong and flexible self emphasizes the importance of “self-objects” in the environment who, through empathy, aids in the development of a sense of self-esteem and healthy ambitions (Gabbard, 2014; Kohut 1977). Supervising physicians would do well to understand what factors might be contributing to a resident they perceive as failing, and model how to work with these in a psychologically healthy manner. (See section Integrate New Lifestyles, topic Managing Failure.) This may include an appreciation for:

Judgments should be put aside when observing concerning behaviour, and potential failure should be viewed as a signal that something in a situation needs to be attended to rather than a "death sentence." Throwing the baby with the bath water is reactive rather than responsive, therefore, not a constructive or sustainable solution. Residents should learn to reframe the experience early on in order to see the bigger picture and to become proactive when they anticipate that someone might perceive a failure when in fact only an element of a performance requires adjustments. Additionally, a supervisor’s negative perception of a resident cannot contain the complexity of the resident and is only a limited perspective on the overall performance.

Leslie is a second year psychiatry resident. She is very committed to her work, but has been dealing with many stressors recently, including helping her sister who unfortunately has recently been diagnosed with cancer. While on an inpatient psychiatry rotation, the attending physican and her supervisor, Dr. Frank, commented that he finds her mental status examinations to be inadequate in her notes; in fact, he points out that recently her documentation had not changed from one day to the next. He comments that she should be more precise and thorough, or she might not pass the rotation.

Think about a time where you feel that you failed a patient. How might you reframe the story in a way where you are not entirely to blame for their continued difficulties?


In summary, positive self-talk such as “there are no mistakes, only lessons” might help us keep things into perspective. Failure, no matter the intensity of the pain when we fall, should be viewed as a stepping stone rather than an obstacle.